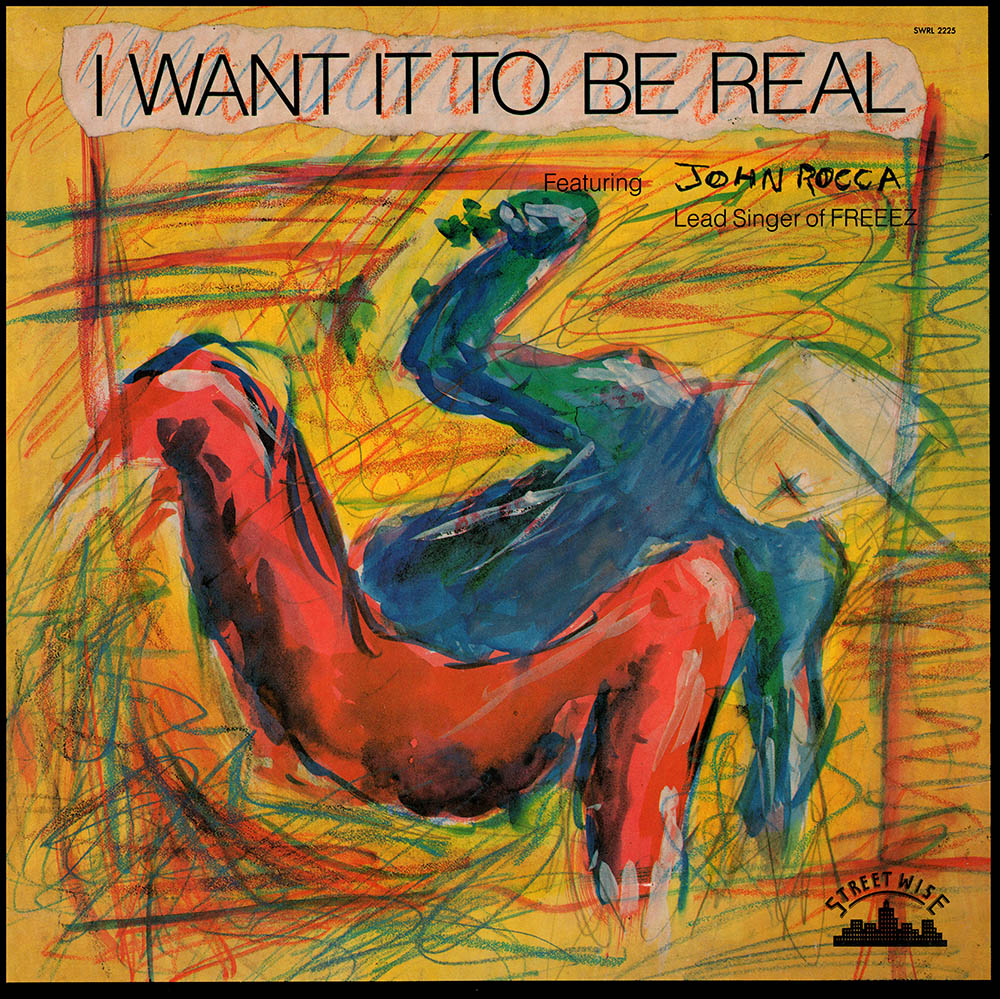 “I Want it to Be Real” is a 1984, solo, dance single by English Electro Pioneer John Rocca, lead vocalist and founder of the London, dance group, Freeez. In the United States the single peaked at #1 on the Billboard Dance Chart, and #55 on the R&B Chart.

SIDE A:
I Want It To Be Real 7:52
Engineer [Mix Engineer] – Chris Lord-Alge
Mixed By – Arthur Baker
Written-By – Stennett, Rocca

SIDE B:
I Want It To Be Real (Instrumental) 5:07
Mixed By – Arthur Baker
Written-By – Stennett, Rocca

NOTES:
A, B1. Mixed at Unique Studios, New York
B2. Mixed at Rooster Studios, London 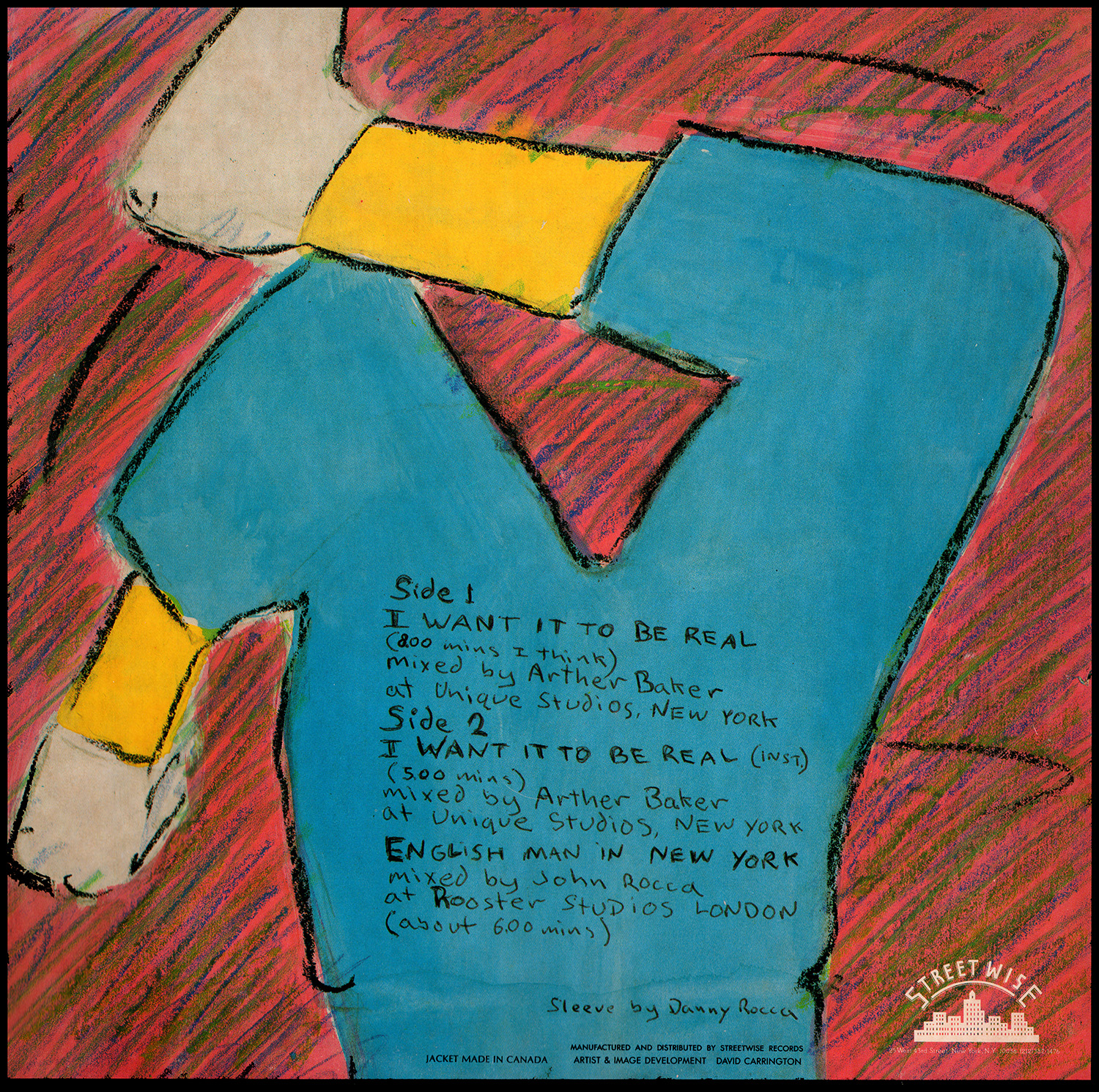 “One More Shot” is a 1982 single by Freestyle/electro studio project C-Bank helmed by various producers including John Robie. The song includes lead vocals by American R&B singer Jenny Burton. “One More Shot”, is notable for record producer John Robie’s use of a “non-linear” approach to its production. the song is often refered to as the first Freestyle jam.

“One More Shot”, would later resurface in a reworked form as “Shellshock”, a non-album track by New Order that John Robie produced, which appears on the Pretty in Pink soundtrack. This followed his work with Arthur Baker and Jellybean Benitez on the New Order song “Confusion” in 1983.

“One More Shot” dubeted on the US Billboard Dance Chart on January 23, 1983 peaking at #5 after spending fifteen weeks on the survey.

SIDE A:
One More Shot 8:18
Vocals [Uncredited] – Jenny Burton 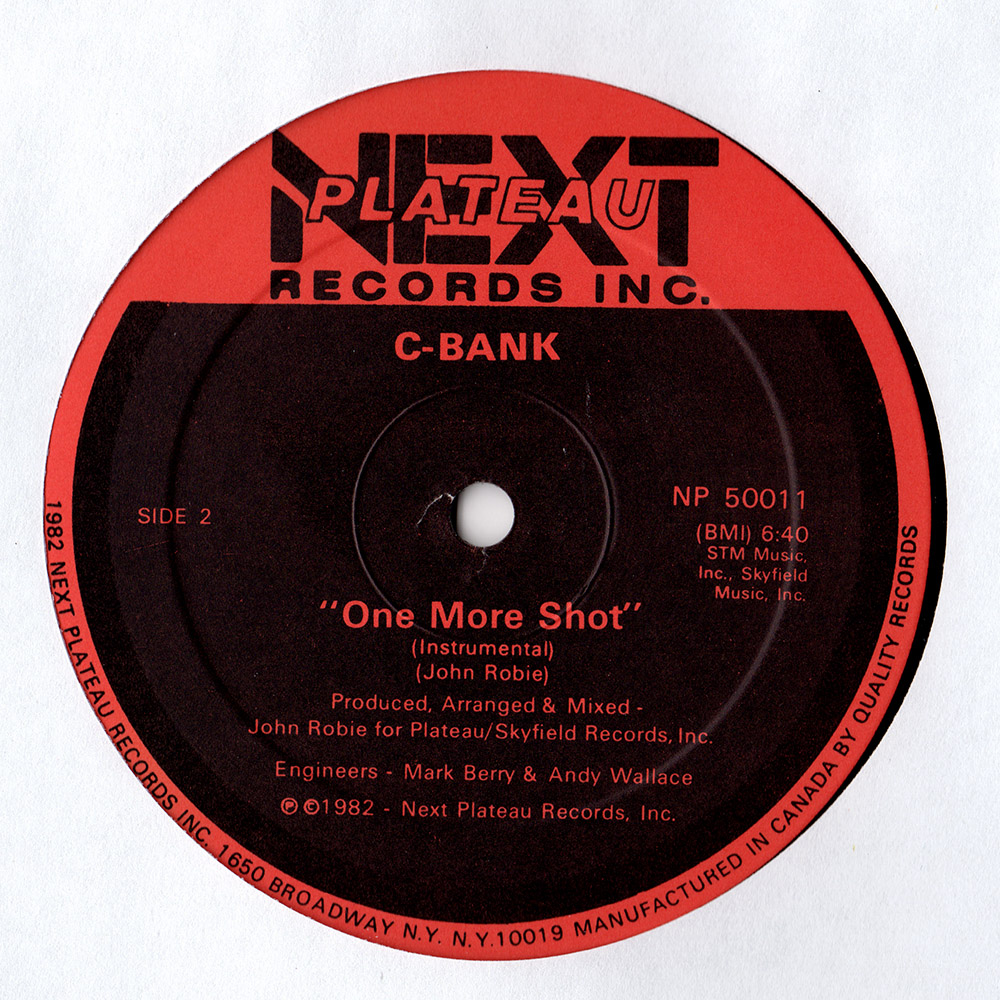 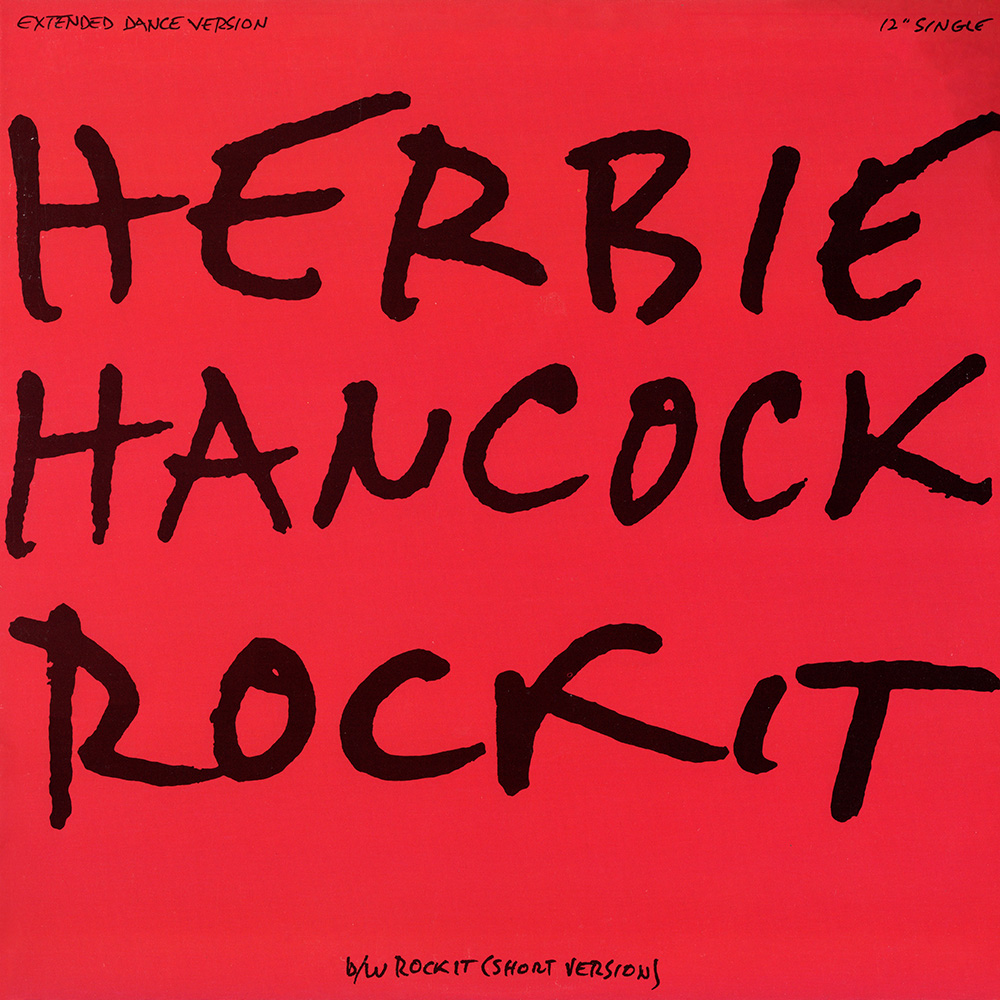 “Rockit” is a composition recorded by jazz pianist Herbie Hancock and produced by Bill Laswell and Michael Beinhorn. Hancock released it as a single from his 1983 album Future Shock. The selection was composed by Hancock, Laswell, and Beinhorn.

The track was driven by its deejay scratch style, performed primarily by DXT, and its music video created by Godley & Creme, which was put in high rotation on MTV. “Rockit” won a Grammy Award for Best R&B Instrumental Performance in 1983, and it won five MTV Video Music Awards in 1984.

“Rockit” peaked at #8 on the UK singles chart, and #71 on the US Billboard Hot 100, in addition the single reached the #1 position on the US Dance chart while peaking at #6 on the R&B chart. 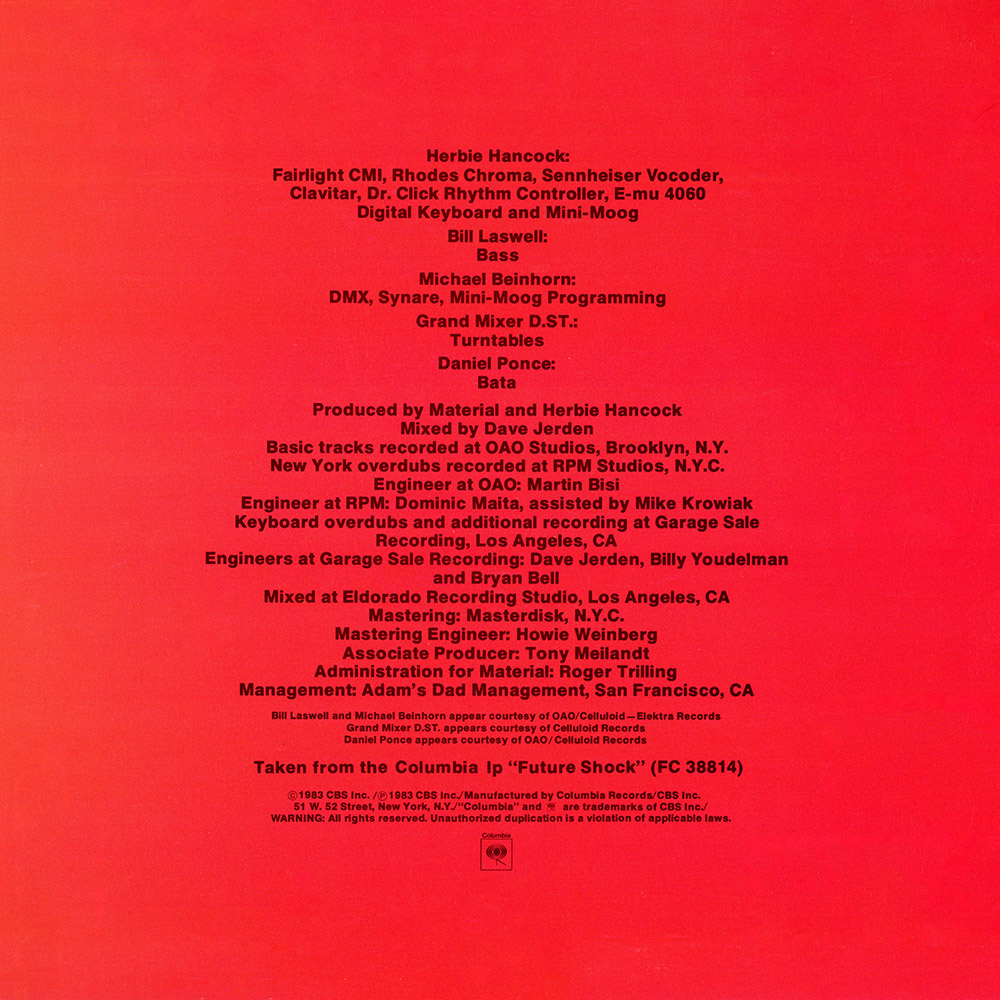 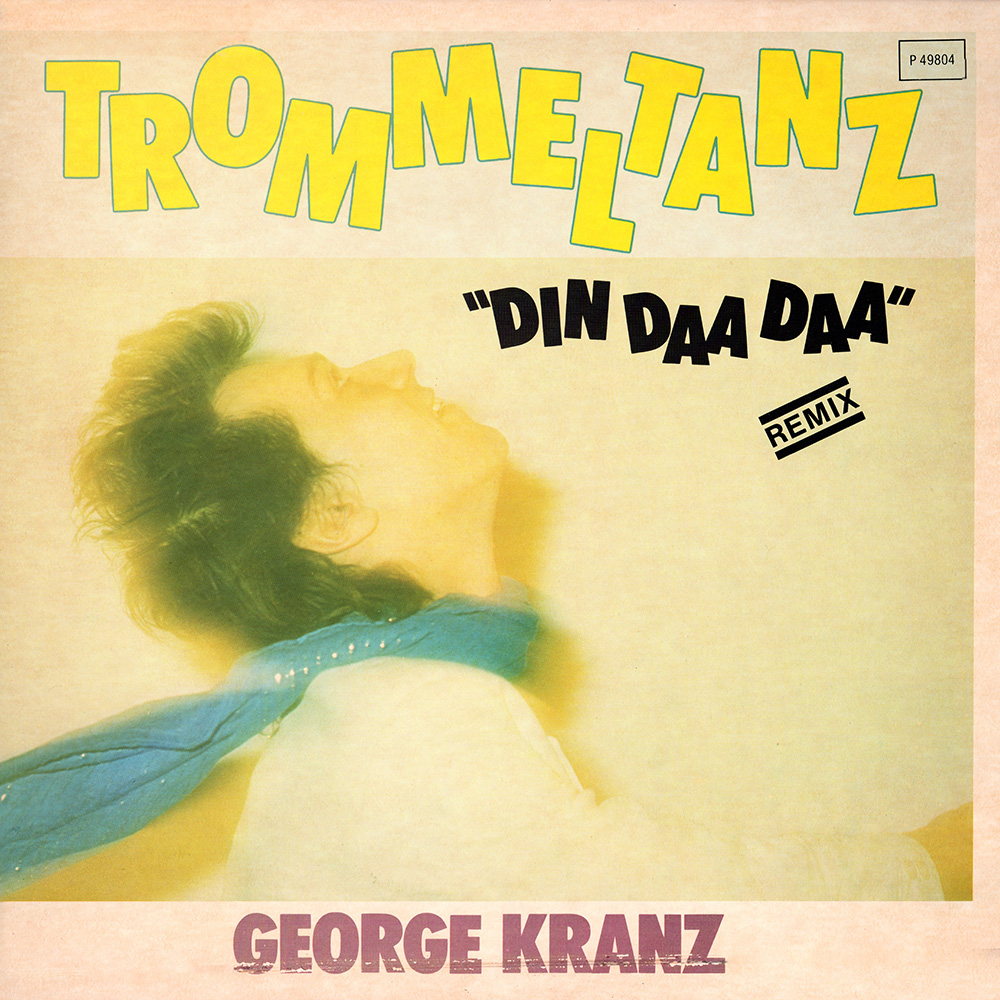 “Din Daa Daa” (also released as “Trommeltanz (Din Daa Daa)” or as “Din Daa Daa (Trommeltanz)”, from German Trommel + Tanz, “drum dance”) is a song written and performed by German musician George Kranz, released as a single in 1983. His only international success, “Din Daa Daa” became a club hit which peaked at number one for two weeks on the US Dance chart. It also charted in several European countries.

The song title loop, the echo between Kranz’s onomatopoeia and his drum solos, and the synthesizer sounds which can be heard afterwards are the main characteristics of this song.

Regarded as a dance classic and as a precursor of human beatboxing, artists still refer to this song today. The song has been sampled, covered or remixed by many artists, including M|A|R|R|S, Kevin Aviance, Pulsedriver, and Flo Rida. 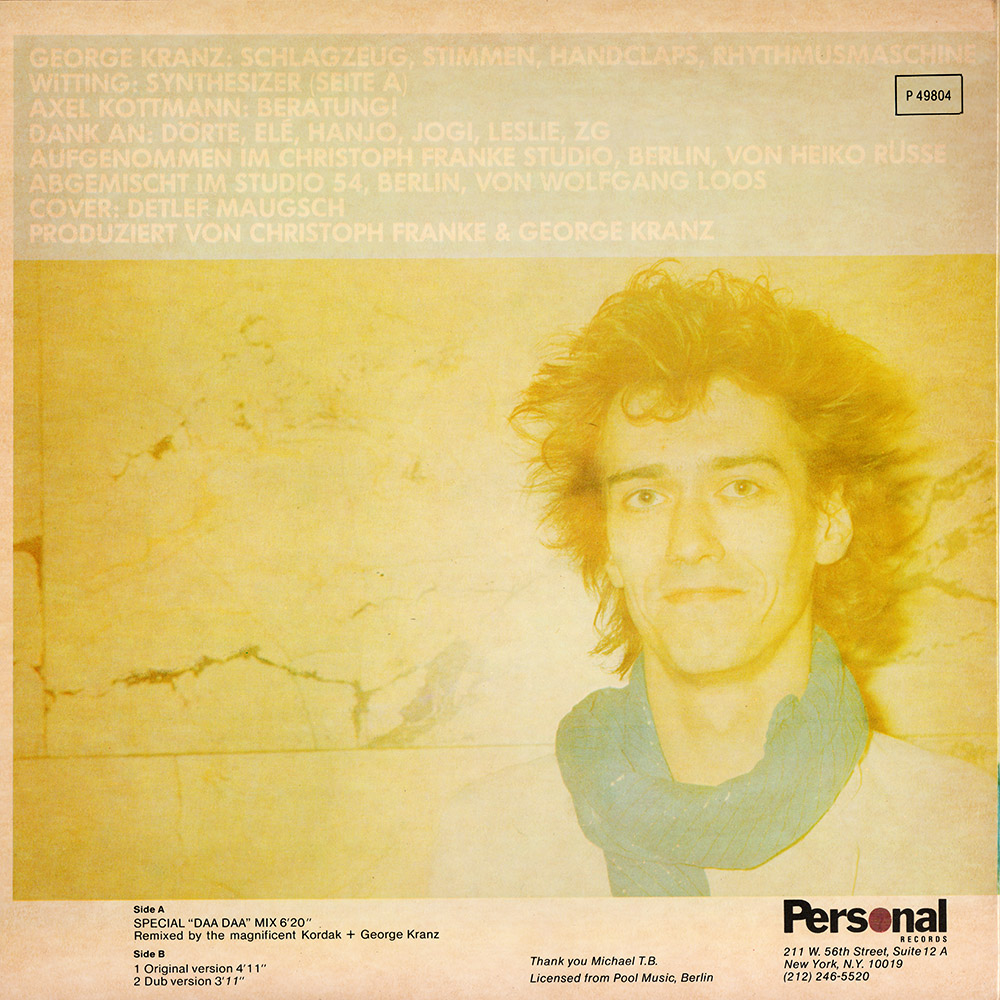 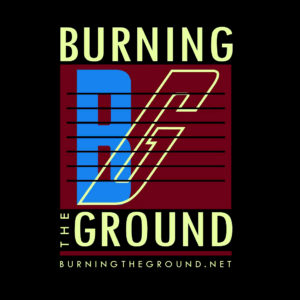